Every now and then, Paolo and I like to celebrate a sculptor or decorative artist from the past who we both feel a particular depth of connection to. These artists’ works seem to speak to our own, instilling a kind of creative unity that transcends the years between us. Usually, this sense of connection with another artist stems from sharing a similar vision or set of values, and that’s profoundly true of Costantino Nivola. 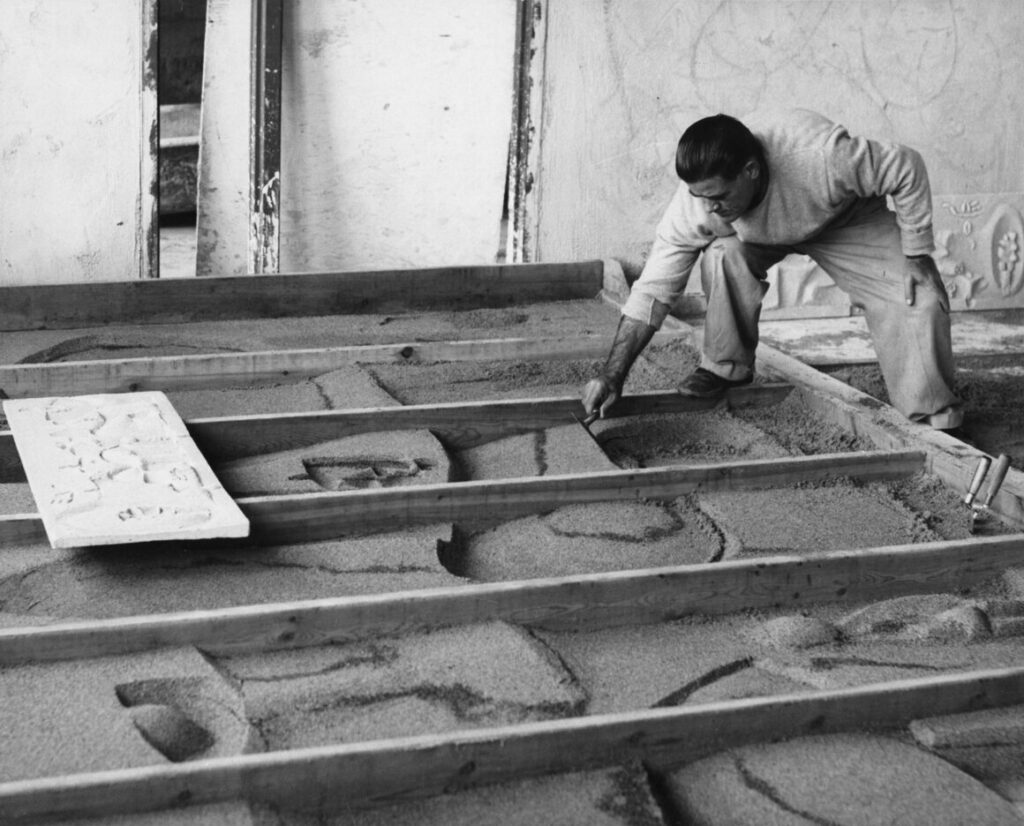 Courtesy of the Nivola Family Archive

The Italian-born sculptor was widely celebrated during his lifetime, but his works somewhat faded into obscurity after he died in 1988. In this month’s post, we’re taking a look at Nivola’s life and works to pay tribute to an important but often forgotten mid-century artist.

Courtesy of the Nivola Family Archive

Who was Costantino Nivola?

Nivola was born in 1911 in Orani, Italy, where he spent time training as a painter under Mario Delitala. In 1931, he moved to the outskirts of Milan to continue on a scholarship. It was a time when Italy was governed by the National Fascist Party, and Nivola was suspended from university for failing to do the obligatory fascist salute. When he returned in 1939, he met his wife Ruth Guggenheim and together they fled to the United States to escape the regime. 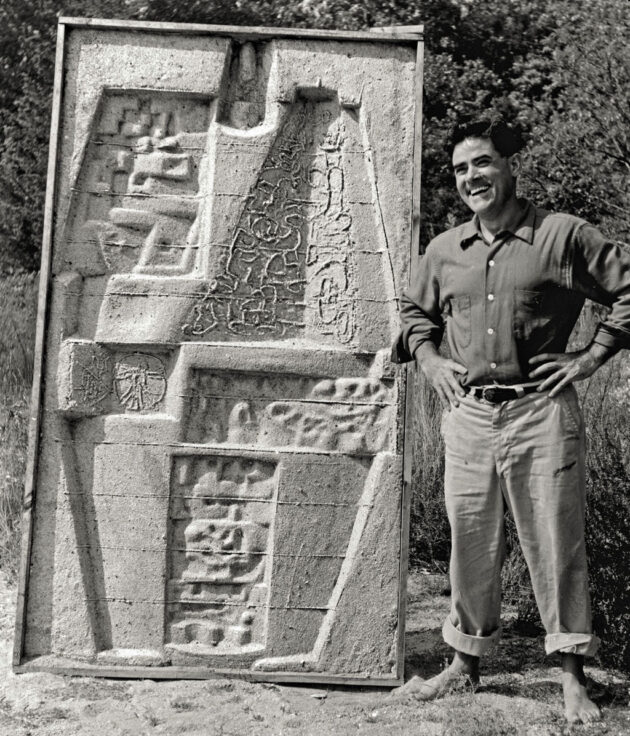 They immigrated to Long Island, where Nivola became art director of ‘Interiors’ magazine and the couple embedded themselves into the city’s culture. They moved in the same social circles as legendary expressionists like Willem de Kooning, Jackson Pollock and Lee Krasner, alongside fellow immigrant artists like Marcel Breuer.

How did his style develop?

While his friends were celebrated for their works of abstract expressionism, Nivola’s contributions to the arts weren’t so easily categorised. He drew inspiration from Mediterranean sculpture and the motifs he remembered from his childhood in Sardinia. Ancient symbols, humanesque figures and cuboid cutouts all featured in Nivola’s works. This desire to experiment without adhering to a particular movement is part of what draws us to him as an artist. 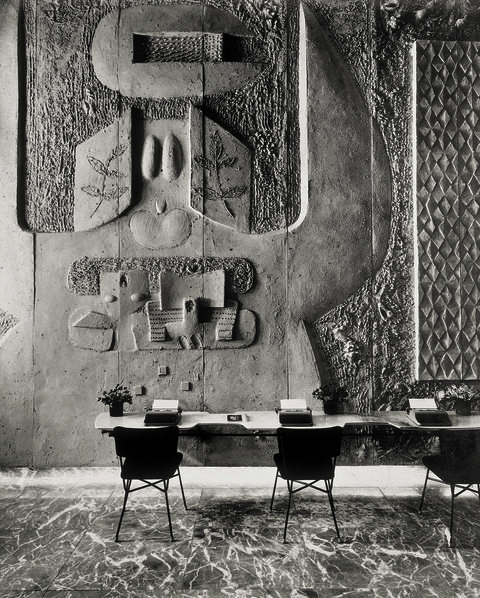 In the mid-1940s he befriended the French-Swiss architect Le Corbusier, who was famed for abandoning decorative styles in favour of minimalist functionality. Corbusier was a mentor to Nivola and encouraged his experiments with the ‘sand-casting’ technique that he became most renowned for. This involved casting plaster or cement into molds of wet sand, an approach that demanded speed and precision.

Why is he influential to Pigmentti?

What intrigues Paolo and I about this technique is the way it transcends boundaries between ancient and modern. The finished works are reminiscent of centuries-old cave sculptures, yet they have an organic raw quality that is incredibly contemporary. That’s the magic of Nivola and his artistic vision. By experimenting with materials and rejecting any essence of conformity to specific movements, he’s able to create works that have artistic integrity and stand the test of time. 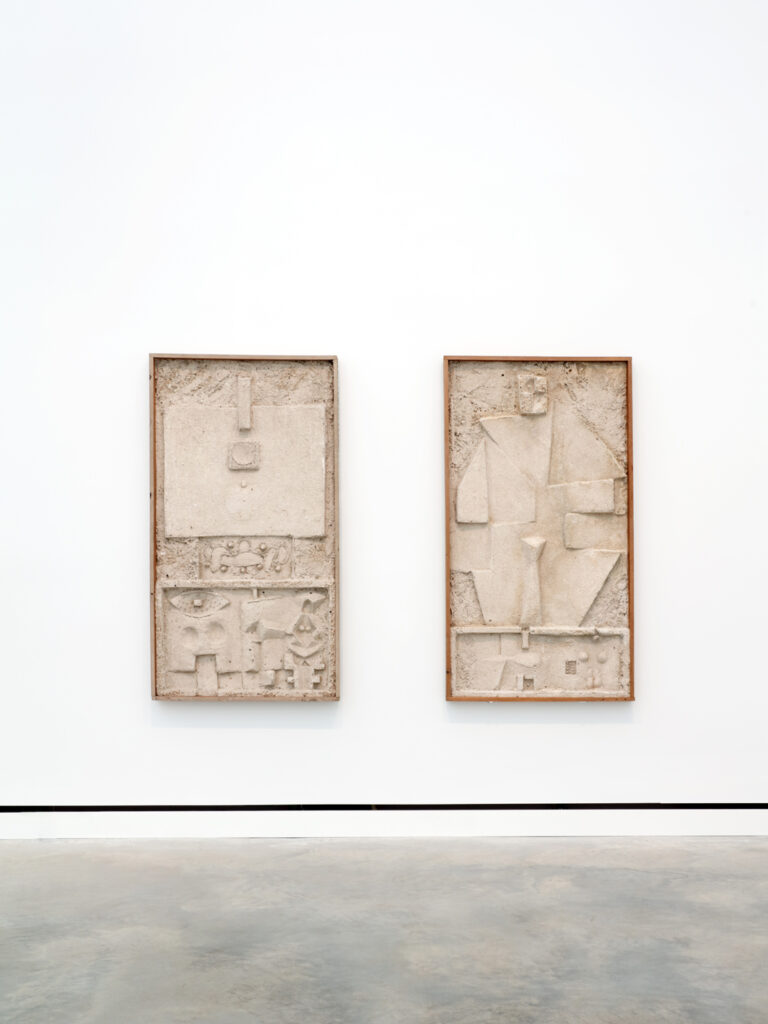 These sand-cast sculptures often involved natural elements such as shells or stones. Nivola clearly knew that texture has the ability to amplify a relief sculpture. What’s more, his creations often depicted societal narrative, unifying motifs and democratic ideals that represented the collective energy of the people. Nivola believed that art has the power to strengthen communities, and should be accessible to everyone. That’s such an important message to hold.

One article on Nivola points out that “15 of his metro New York projects were commissioned for New York City schools, highlighting the importance Nivola placed on making his work for the community and in the art’s role within civic life.” Earlier this year, though, the New York City Housing Authority removed some of his horse sculptures from a building. This is just one recent example of the erasure of Nivola’s works from public life. 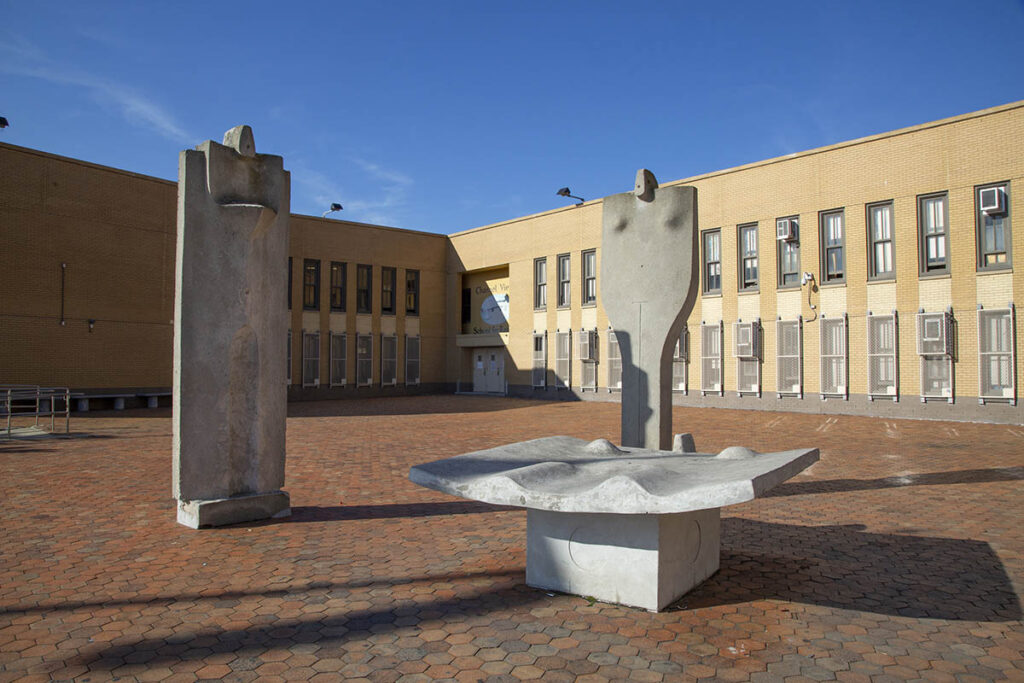 Because he was neither strictly modernist nor expressionist, his works never reached the level of acclaim as those of his peers. But the removal of his horse sculptures from that building has led to a resurgence in public interest around his work. To us, this is a much-needed spotlight. 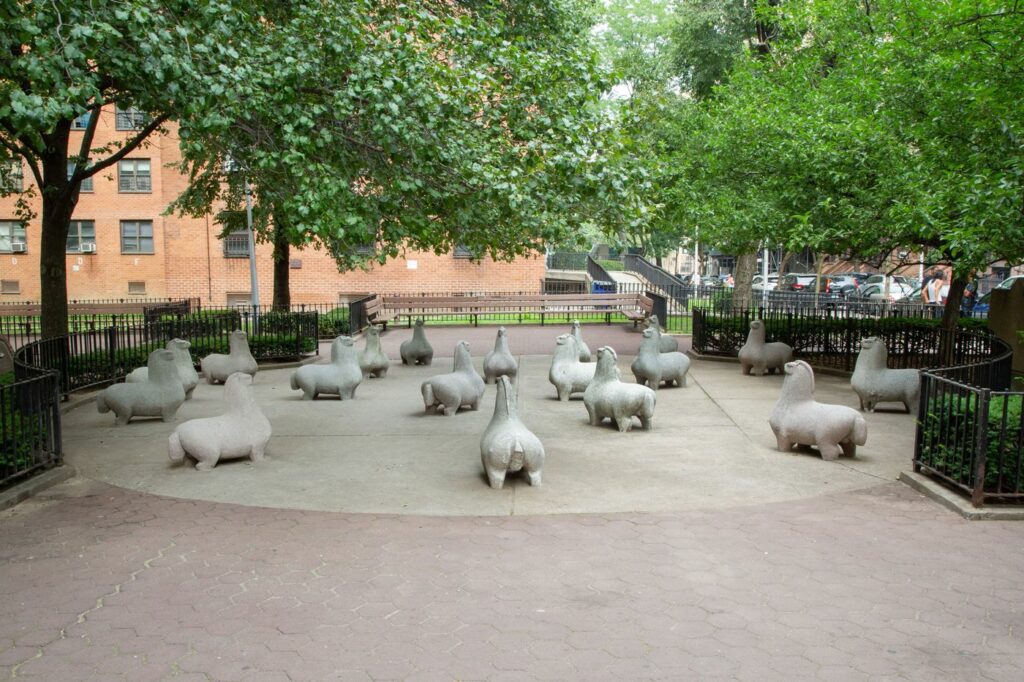 What makes Nivola an artist after mine and Paolo’s own hearts is the way he blends traditional Sicilian iconography with elements of Futurism, Cubism and other contemporary motifs. And it’s all grounded in democratic spirit.